Everyone was praising the lockdown when it was first announced. I was one of the very few who were seeing and speaking about the potential problems it could cause.

7 weeks later, more people are considering the thought that the lockdown was not a good idea. The cases are increasing and the lockdown does not seem to be working.

I've been speaking about my concerns on LinkedIn and Instagram for over a month, received many requests for a compiled blogpost. So here we are.

I'll list down the second-order effects of the strict lockdown. These are some things most people who support the lockdown are not considering, and I think the effects of these would be far greater than that of COVID-19. So these points deserve to be considered.

In India, 2,20,000 deaths are recorded every year because of Tuberculosis. That is over 600 deaths per day.

Now imagine being bombarded 24/7 with news of 600 people dying every day because of TB. You'll naturally be afraid of TB.

Yes, there is a vaccine and a cure for TB. But there's drug-resistant variant of TB as well, and the effectiveness of the BCG vaccine is debatable.

I am not comparing TB with COVID-19. I know they are different. I am explaining the mechanism of how people naturally are afraid of something that is thrown at them 24/7. This is step number one if you want to control a population. Make them afraid of something.

Numbers usually look huge on screens when they are flashed at us constantly.

The truth is that COVID-19 has a less than 1% mortality rate in people below 50 years of age.

Why then, are we making decisions that affect a billion people based on the risk of a select few?

Why can't we socially distance and protect the ones at risk and let the ones at lower risk to continue working? [more]

Heck, even among the 70 to 79 year old patients, 60% remain symptom-free and a vast majority show mild symptoms. [source]

Let's not get into how RT-PCR tests are flawed and prone to huge errors, which leads to more people being testes positive. [source]

What did we do when we were afraid and saw the inflated numbers? We shut the economy down.

This is the first time something like this has happened in the long history of capitalism. We went through sever global pandemics, two world wars, a cold war that lasted for 45 years, multiple wars in different places, swine flu, etc. but we never shut the economy off.

In this case, we did. Oil prices plunged below $0, first time ever in history. Airlines shut. Railways shut. Public transport shut. Most importantly, small businesses shut.

"But... essential services are functioning"

The argument about lockdown saving lives:

First of all, the act of "flattening the curve" is overrated.

You may argue that a lockdown helps slow things down so shutting the economy was important to save lives. I've had many people say this to me. But how do you claim that? How do you know what happens if there was no lockdown? Every scientific study has a control group. Where is yours?

In fact, data from countries like Japan, South Korea, Sweden, where there was no lockdown, indicates that not locking down actually helped.

A lockdown only makes people weaker and more susceptible to the virus. We fail to develop herd-immunity, which is one of the best ways to deal with a virus as there is no cure in sight.

Another common argument I get is "Should we run businesses or sacrifice lives?" which is plain naive and feeling-based, and displays a lack of thought.

The economy pays people and keeps them healthy. More people will die because of unemployment and suicides caused by the lockdown. So shutting the economy off is not saving lives.

Plus, who gives money to the government? Who creates jobs? Who provides food? Who builds hospitals and infrastructure? Who creates vaccines and tablets? It is the businesses. Demonizing them and shutting them off to "save lives" is a stupid argument.

Businesses save lives by existing and operating. Not by being shut.

Healthcare exists because of the economy. Hospitals are businesses. Who pays the doctors if the economy is shut?

Healthcare and economy are not mutually exclusive.

This is an extension of the economy.

Sure, we may start the economy back in a month or two. But the economy is not something static that will kick-start as soon as we start it. Businesses are dying. Most small businesses are struggling to stay alive.

We shut the economy off for months, it will take years to revive. We will see a recession and loss of jobs, in fact- we already are seeing it. Unemployment in the USA has risen to 26M people.

“According to one study [Bluestone et al.] a 1 percent increase in the unemployment rate will be associated with 37,000 deaths, including 20,000 heart attacks, 920 suicides, 650 homicides, 4,000 state mental hospital admissions and 3,300 state prison admissions.” [source]

Some sources say that the unemployment rate in the US would be close to 16%. If a 1% increase is 37,000 deaths, I don't have to say anything more about how many people will die because we shut the economy down. Multiply 37000 with 16 and you have a rough estimate of the number of dead people because of the lockdown!

This flows from unemployment. People who are not earning will kill for resources. When our social barriers are down and when it comes to our most basic needs, we will tend to behave animalistically.

Poverty and unemployment are major factors that contribute to crime rates.

Generally, it's not the poverty itself that leads to higher crime rates but the factors associated with poverty, such as chronic joblessness, less access to quality schools, employment, role models and the real or perceived lack of opportunity. Crime offers a way for less-advantaged people to access goods they may not otherwise afford. Often, the prize outweighs the risk of being caught, since impoverished people may believe they have less to lose than does a wealthy person. [source]

We are going to see a rise in corruption as well. Public servants are underpaid and overworked. Even they want to feed their families. People don't suddenly eat less because you shut the economy down.

Once things resume, most people will want to make up for the longer hours worked and the salary cut. Expect corruption rates to rise soon.

I think it should be evident by now that the lockdown is not a solution, and it's effects would take more lives than what it claims to save.

I'm not suggesting opening everything up either. My point is, we don't know. And evidence suggests the lockdowns are not working.

We should iterate and find new solutions instead of extending lockdowns mindlessly and thus increasing the scale of collateral damage they are causing.

I won't even get into speculating about why there are so little cases in places like Dharavi, where social distancing is impossible. If what we are hearing about the deadliness of the virus were true, we should have seen orders of magnitude more deaths- especially in tightly packed Mumbai slums.

All of this just tells me one thing. The lockdown is a non-solution to a non-problem.

There are other third-order effects of the lockdown that I can't comprehensively talk about in one blog post. But they all can be derived from the ones I mentioned here.

For example, I have not spoken about the migrants who won't come back to cities to work, or companies creating lots of test kits which will be have to sold to people by deceiving them later, the mental health consequences of keeping people away from each other, the rise of surveillance globally, or how a lack of sun might affect you. You will find more if you observe what's going on around you.

In fact, COVID-19 will go down as one of the political world’s biggest, most shamefully overblown, overhyped, overly and irrationally inflated and outright deceptively flawed responses to a health matter in American history, one that was carried largely on the lips of medical professionals who have no business running a national economy or government.
[Washington Times]

I urge you to not take the mainstream news and most social media seriously, consider what I have said and arrive at your own conclusions wisely.

I will write another article about my top lessons from the coronavirus. Click here to stay updated.

I'll leave you with something fun-

I write weekly articles on self-improvement, social commentary, and other related things. Click here to get a weekly dose of wokeness in your inbox. 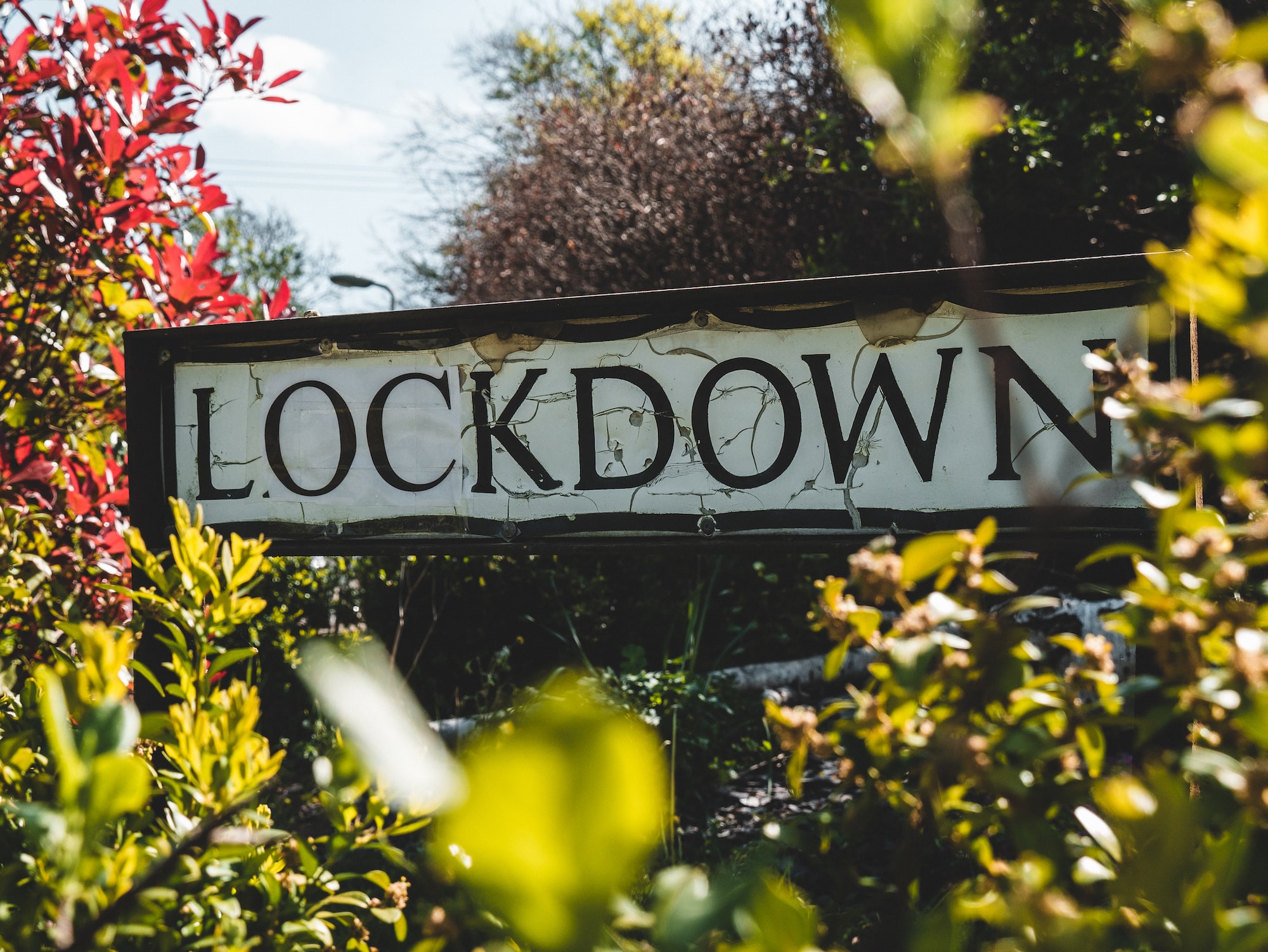 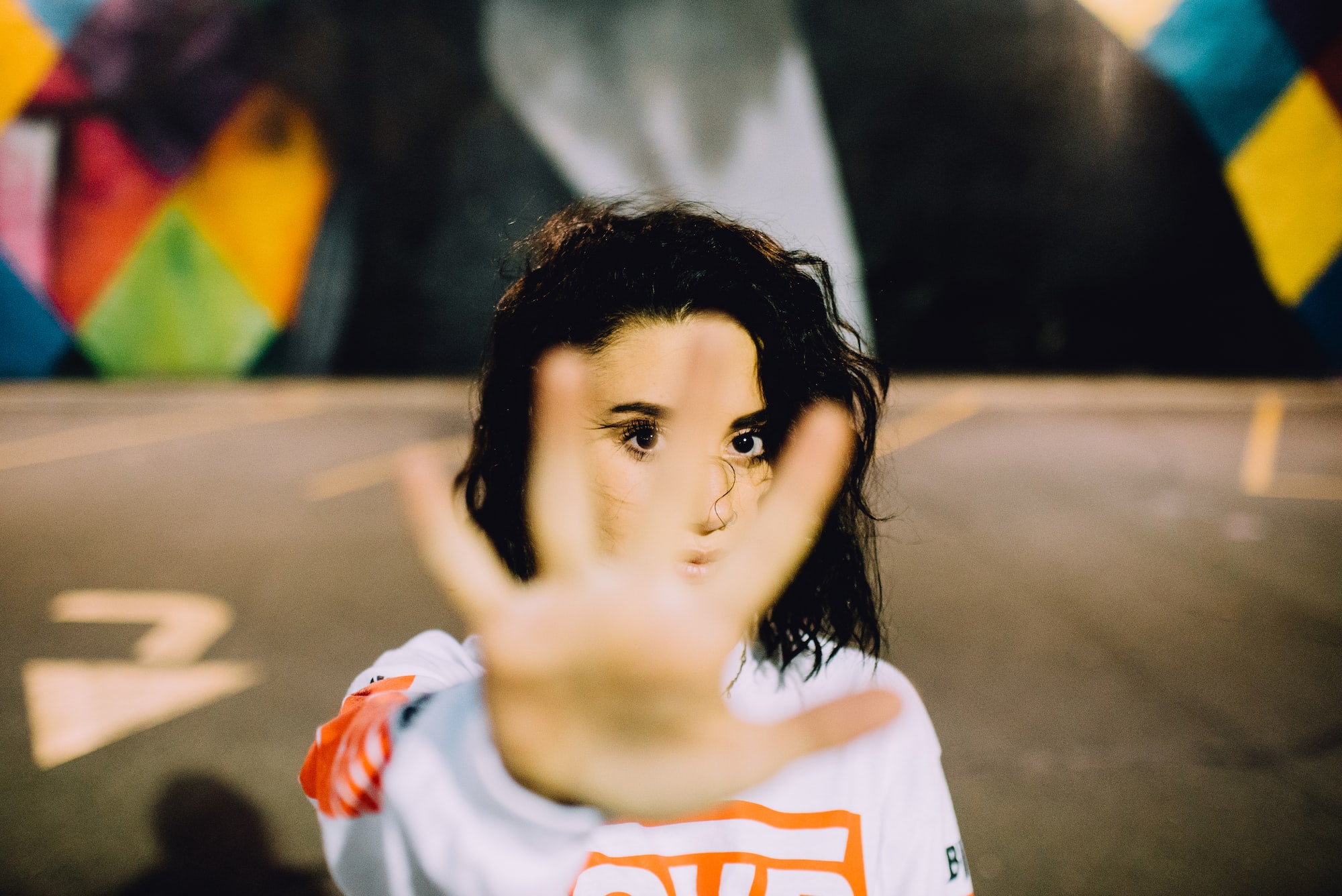 Get over your fear of saying No.